Co-operative values – the values we need

At our Huddersfield Labour Party meeting in January,  we welcomed Jonathan Reynolds MP and John Drewery to talk about the  Co-operative Party.

John Drewery, Huddersfield Cop-op Party secretary,  reminded us that the Co-op Party was formed a hundred and one years ago.  He gave a recap of the events leading to its foundation and  distributed a newspaper marking the centenary.

John Reynolds, Labour & Co-operative MP, spoke about the history and achievements of the party. There are 38 Co-op MPs in Parliament and Jonathan gave  a tribute to Barry Sheerman, a fellow Co-op MP, for his friendship and energy in pursuing the Co-op’s aims.The Co-operative Party believes that the principles that lie behind successful co-operatives – democratic control by customers and workers, and a fair share of the wealth we create together – ought to extend to the wider economy and our society.Jonathan referred in more detail to co-operative housing, Fair Trade, credit unions and social responsibility. He argued against the imbalance of power and wealth and that we should work to replace that with an insistence on social responsibility and local voices in, and control of, the NHS.  The Co-op Party has been involved in the writing of Labour’s Manifesto, including about the need for an investment bank.

There followed a lively discussion and Jonathan took questions about the tragedy of the failure of the Co-op bank, ethical standards, the closure of local co-op branches, Co-op academies, BAME representation and green energy. 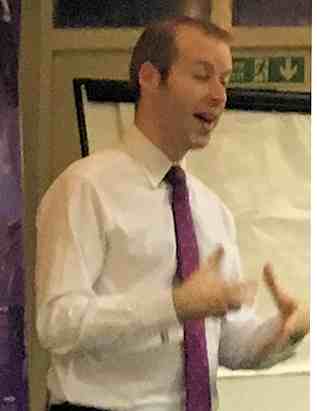 Click here to find out how to join the Co-operative Party, and the huge amounts of work they do.   https://party.coop/ 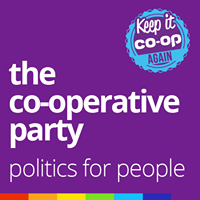