Labour fighting for our A&E 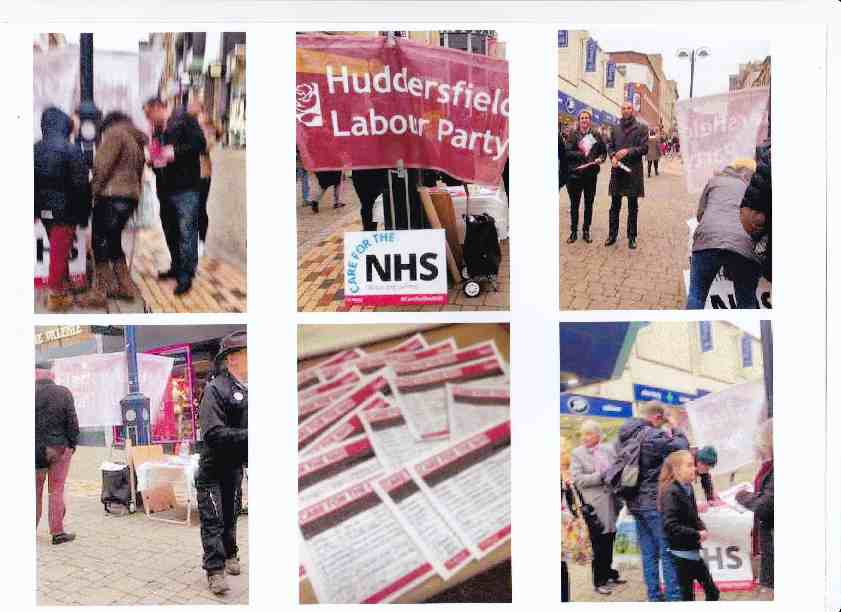 Despite protests, marches, rallies, letters, arguments from Huddersfield people, councillors, MPs and the local paper, the CCG insist on sticking with their plans to close not only Huddersfield A&E but the hospital itself. It flies in the face of all logic and the explicit wishes of taxpayers.

Labour party members, supporters, councillors and MPs are working together with other groups to reverse the CCG proposal to close Huddersfield Royal Infirmary. You can help.

We are supporting ‘Hands Off HRI’ who are attempting to force a judicial review into the legality of the proposal.  You can donate here.  Every pound counts.

‘Keep our NHS Public’ campaigns across the country to do just that.

Information, background and links below.

An application for Judicial Review (JR)  was made challenging local proposals made by the NHS Trust to downgrade the local hospital and close A & E.  However, permission to proceed has been declined. HOHRI received the following statement from Irwin Mitchell, the law firm that is leading the case.
“Our clients believe that the Calderdale and Huddersfield NHS Foundation Trust has produced a flawed business case, which does not present all the necessary evidence or follow the government guidelines. We are now applying for an oral hearing in court to seek permission for a Judicial Review”
The judge has now agreed to allow an oral hearing which will take place in March.

At the same time ‘999 Call for the NHS’  and ‘Judicial Review For The NHS’ (JR4NHS) have submitted JR  requests relating to “Accountable Care Organisations”.(ACOs) These requests have been agreed.

The group believes that the model contract is unlawful because it would threaten patient safety, forcing hospitals to prioritise saving cash over clinical judgement.  The contract does not link payment to the number of patients or the treatment they need but must work within a fixed budget. That budget is limited in order to meet the £22bn  funding shortfall by 2021.

And the Keep our NHS Public  newsletter here.

NHS England and the Secretary of State  plan to introducing new, commercial, non-NHS bodies (the ACOs) to run health and social services without proper public consultation and without full Parliamentary scrutiny. Instead, they would have control of the allocation of taxpayers’ money for the NHS under commercial contracts.(That’s going well…)  Did you know this? No, because it is being carried out by stealth, without parliamentary scrutiny.    However, you can find out more via these links: 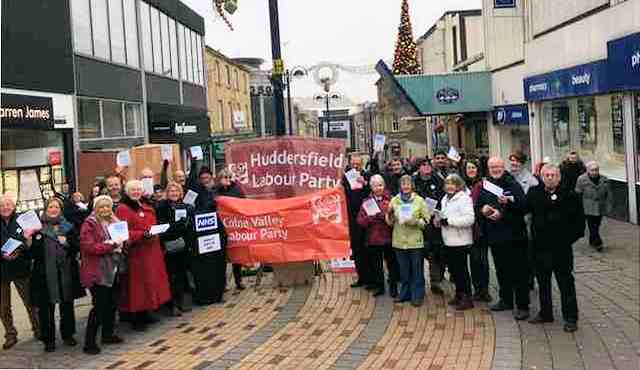 BMJ article on concerns about ACOs.

If you want to get involved – click on the links above or write to huddersfieldclp@gmail.com 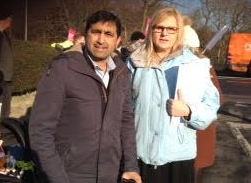 Members from Huddersfield and Colne Valley Labour Party joined today with other protestors at the Briar Court Hotel, where the Huddersfield and Calderdale Clinical Commissioning Groups met to decide if they wished to put their hospital plans – involving the closure of the A&E at Huddersfield and the demolition and downscaling of our local hospital – to consultation.

But, as everyone in the packed meeting knew, the main decision had already been taken: one A&E would close and very different arrangements put in place. Representatives from your local Labour Party, including Cllr Karen Rowling and Newsome activist Nadeem Iqbal listened with concern as the CCG discussed the report on the table, which proposed closing Huddersfield A&E and eventually the main site. That news has already been met with opposition from all over Kirklees, which has is also set to lose its other A&E at Dewsbury. 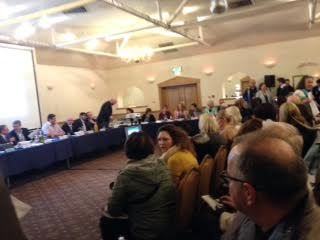 The report says the main consideration was financial. People in the meeting angrily pointed to the crippling PFI arrangements at the Halifax hospital and the real-terms cuts to health spending being made by the government.

“It was a con and a rotten deal, giving millions of taxpayers’ money to investors and hedge-funds”.

The fight starts now. Almost 10,000 people have now signed Barry Sheerman MP’s petition to save Huddersfield A&E. He is working across Parliament to question, reason and overturn this decision. Will you join him? Sign his petition, above, and pass it to your friends and family.